A elderly client called me,

"I went to BEST BUY in Emeryville to buy an iPad mini. I wanted the 3G one, that uses a cellular network for when I travel, but the salesman convinced me to get a Verizon device that allows me to connect to the internet that I can carry with me anywhere called a Verizon Jetpack MiFi. It was only $20. He said that would allow me to but the less expensive iPad and use this little thing to connect to the internet. How is this possible?"

Since this is the 3rd time this month that a senior citizen client has complained about high pressure and misleading sales techniques at our local Best Buy (am I allowed to use their name online?)I just had to speak up. Unfortunately, like more and more customers, this client was the victim of an over zealous salesman, who gets a commission for each Verizon account he sells with this MiFi device, which means “mobile wireless”. This device, the Novitel Verizon Jetpack 5510L, also called a dedicated mobile hotspot, allows you to connect up to 10 devices to a wireless network that attaches to Verizon’s 4G cellular network, the same signal your cellphone uses. The technology is great, but what is happening more and more to unsuspecting seniors, is that the salesman does not explain the fine print of what the true cost will be. For Verizon to sell these devices at $20, they require you to sign up for 2 years at $50 a month or higher, depending on the plan. So instead of spending an extra $129 on the 3G capable iPad, if for example, you signed up for the $50 a month plan, you will end up spending at least $1200, assuming you don’t go over the limit of the plan.

Now when you buy an iPad that has 3G capability, you will also pay a monthly charge if you use the cellular network, but there is no contract required, and you can use it only when needed, for example, if you are traveling to a place that does not have WiFi. These days, almost all hotels, many airports, and even airplanes have WiFi that is either free, or can be purchased for a day, a week or a month. And in reality, since most of us have WiFi at home, and connecting your iPad to a wireless signal is a free connection, it is rare that you will need to connect to the cellular network. Remember, the cellular network costs money for data downloads on your iPad and even iPhone(email, web pages loaded, photos and videos downloaded), while your wireless network does not. So when you are home, you should connect your iPhone or iPad to your WiFi network as a rule. This is not to say that the device you purchased must be used with a contract. But to be able to sign up for a month-to-month plan, the MiFi device price goes up to around $200.

As I said, this is becoming an all too common story among my customers, a senior citizen goes into a store to buy a digital device, and comes out unknowingly have signed a contract that will cost an exorbitant sum for something he or she does not even need. Remember, WiFi is free, MiFi has strings attached.

What did we do? FIrst, we called Verizon, cancelled the contract, which was at first a bit difficult untilI explained the situation. There is usually a 2 week period where you can cancel if you are not satisfied. When the Verizon representative started her own hard sell, I interrupted her with, "Would you like someone to take advantage of your mother this way?" 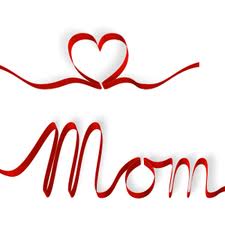 I sent her to take the iPad back, told her to speak to the manager, and explain that she was misled and insist on exchanging the iPad for the 3G model (since she felt that she needed that capability). I sent a note with her, with my business card, and told her to tell them, "The MacMama said, 'DON'T MAKE ME COME DOWN THERE AND TALK TO YOU'".

Another happy, but watchful ending.

Posted by The Macmama; Middle Aged Geek Lady at 10:42 AM No comments:

An article in Creative Pro about cloud backups...

With my pal and colleague, Adobe author and artist extraordinaire Sharon Steuer, an article reviewing some of the cloud backup services we saw at iMacWorld this year:

Later on, I rant about the sales practices of Best Buy. Can I use their name? 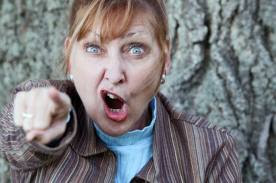 Posted by The Macmama; Middle Aged Geek Lady at 11:39 PM No comments: